Art  is a beautiful and important part of life. It is a key to many unique human experiences. Through artwork, we can express ourselves, relate to others, enjoy the beauty of the world, show love, and much else. The three key branches of classic art are painting, architecture and sculpture (including jewelry). Other forms of media such as theatre, music, literature and more are also accepted forms. But no matter the form that it takes, each piece is created by an artist’s amazing imagination, ideas, and technical skill.

The term “A R T” comes from the Latin word “ARS”, which means art, skill, or craft. We first saw this term used in 13th century texts. However, it is thought that the word “A R T” and its variants have existed since ancient Rome.

But what exactly is it? Does a child’s doodle count as artwork? What about handmade earrings, or a snow angel? Artwork is something to be prized for its beauty or emotional meaning. But, the exact guidelines are something philosophers have discussed for many years. “What is A R T?” is the most simple question of aesthetic philosophy.

There isn’t any one simple definition of visual art. However, there are some common ideas and traits that we connect with this phenomenon. When you think about it, you probably think of a consciously created piece of something beautiful or meaningful, formed using both skill and imagination.

However, the definition of what counts as artwork, and the perceived value of works, have changed throughout history and vary across different cultures.

Art through the ages

In Western culture, from the 11th century until the end of the 17th century, art was defined as anything done with skill as the result of knowledge and practice. This meant that it could be any talent, including crafts or sciences. As the best artists were considered those who had practiced and honed their skills the most, this led to very traditional and accurate artworks. We know art from this time period for its impressive technical skill and intricate details.

However, this all changed during the Enlightenment. The Enlightenment was an intellectual movement in the 17th and 18th centuries. It emphasized using science and rational thought to advance understanding of our world. In the Romantic art movement of the 18th century, the fine arts separated from science and other forms of art, such as decorative and applied arts.

During this time, fine art became thought of as something that was done to be beautiful and to portray the artist’s emotions. Pieces during this time involved celebrating the beauty of nature, spirituality and freedom of expression. Artists were revered as a part of society’s upper class.

History’s other major artistic shift was with the avant-garde movement, which began in the 1850s. This was led by the French painter, Jean Désiré Gustave Courbet. He led the Realism movement by rejecting the rigid artistic ideas of the Romantic period. In contrast, Courbet insisted on painting only what he could see.

From Courbet’s innovation grew several other artistic movements that we still see today. These include cubism, futurism, surrealism and many more. These styles let artists play with the boundaries of reality and creativity. Due to these artistic movements, creativity and originality have become more popular. Courbet’s ideas planted the seeds for the modern art-world, which includes performance, conceptual, environmental, electronic art and many other creative mediums.

Although broad artistic trends have changed over time, philosophers still ponder what really makes art count as art. We know artwork is often beautiful, represents the world, and harnesses creativity, emotion and technical skill. However, there is no hard definition of what art really is.

What is it, really, that determines what we define as art? Throughout the years, three main theories for the purposes of art have stood out: representation, expression, and form.

To imitate, or mimesis

Mimesis is Greek for copying and imitation. The ancient philosopher, Plato was the one who developed an idea that mimesis is a form of art. He was famous for saying “art imitates life”. The idea of artwork as the replication of something real is why, until the 1700s, art was judged almost totally by skill. The more intricacy and detail an artwork had, the more the piece was valued.

Some famous artists who were famous for their stunning mimesis art include Michelangelo, Da Vinci, Greek sculptors and so on. These masters created highly detailed and lifelike works. These are very different to many of the unique styles we’ve seen in modern years.

You only have to compare Michelangelo’s work to that of Dali, or any number of famous modern artists, to see that this theory has gone out of style. Art that represents life still exists. However, it is just one of many possible styles of it.

As a way to express emotion

During the Romantic movement, mimetic art was pushed aside. Expressionist theory states that the main purpose of it is to show emotion. The artist uses their painting skills to present their own feelings and thoughts in their work.

This theory states that the audience’s response to the piece is a key purpose of A R T. The emotions of the artist reach the audience when the artwork is looked at, listened to, or read, depending on the medium. It should then evoke some kind of meaningful response.

The theory of artwork as a means to show emotion holds true today. Most modern artists still strive to connect with their viewers in this way.

As form, or aestheticism

The philosopher Immanuel Kant developed this theory of art towards the end of the 18th century. He cared solely for how it looks. Kant claimed that we should only judge art on its formal qualities, not the meaning or emotion behind it. He did accept that it does have content or deeper meaning. However, he claimed that those things don’t matter when it comes to understanding or enjoying an artwork.

Instead, this theory praises art only for its formal qualities. These include a piece’s balance, rhythm, harmony and beauty. These traits became increasingly relevant as abstract artwork became common.

The crux of the idea is that art is a self-contained, self-justifying entity. It should require no context from the outside world to be seen as good art. The philosopher Victor Cousin summed up the theory with the 1818 words. He famously said “l’art l’art pour l’art”, which translates to “art for art’s sake”.

The meaning of art today 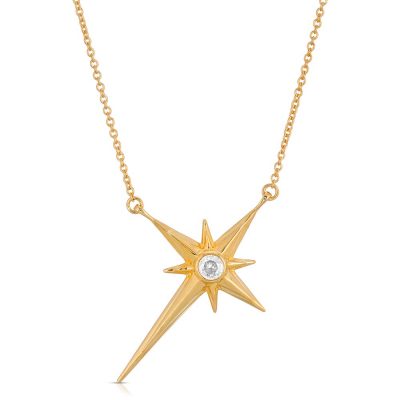 Through history, the definition of A R T has become very broad. There’s a case to be made that if someone enjoys looking at anything that was created by a human, or they find some meaning in it, then it could be called artwork.

At ARY D’PO, we strongly think of jewelry as art. Our designers are artists. They have strong emotions and love for nature and our world. They express these feelings with each necklace, bracelet or set of earrings. Using only gorgeous and precious metals and gemstones, we use careful skill to craft these ideas and feelings into a stunning, wearable piece of art. ARY D’PO artistic jewelry adds beauty and meaning to any outfit.